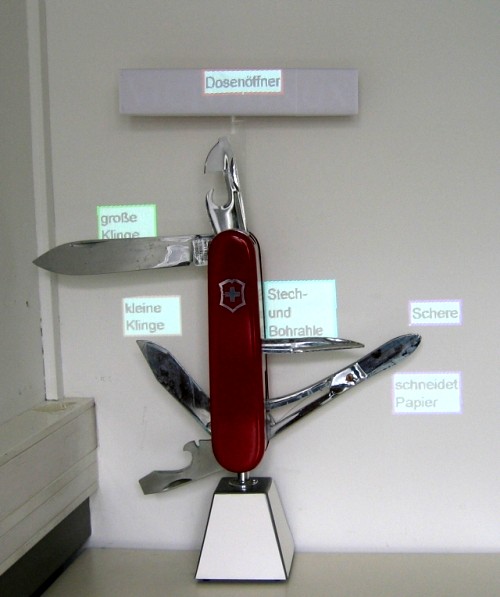 The Fluid Beam system allows rectified and focused projection onto arbitrary surfaces in a room. Office environments offer multiple opportunities for projection, as parts of the furniture and most walls are bright (often white) and plain. Thus they provide an optimal projection surface. Using projection, the room has the ability to present specific information about objects in it to the user. This can be done either by text or images.

A display surface can hold multiple annotations at the same time. For this reason the original display surface is partitioned into small pieces. Now we can tell whether such a piece is currently available or not. In the case of a text annotation the format of the text (size or style) can be modified. To increase the text readability we can specify a desired width-height-ratio, for instance 2:1. So the annotation text is wrapped such that the specified ratio is roughly achieved. Furthermore a colored border is set around the annotation so that annotations related to the same object have a border of the same color. 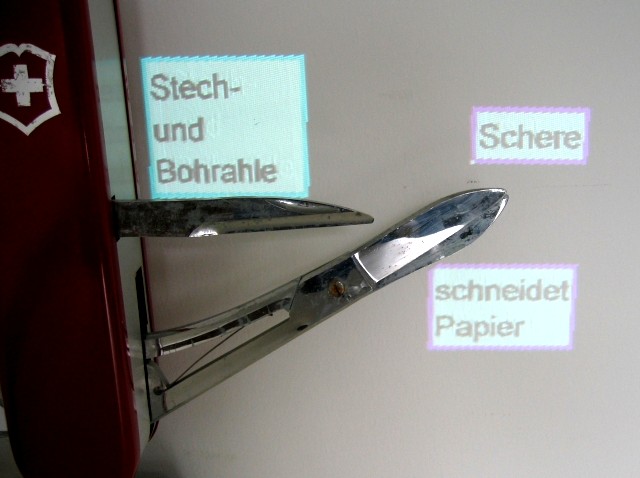 For demonstration purposes a graphical interface was developped which allows the annotation of a sample object (an approximately 1m tall model of a Swiss army knife). In addition, both the weights of the criteria and the format settings of the text can be changed. Results of created annotations are illustrated in the images on this page.